So some months ago I posted and published a blog about living with less. And since it’s been awhile I decided that it was time that I updated that blog. I am still in my quest to live with less, I have done pretty good considering. I don’t know where I will be in another few months? But….I will continue in my quest.

My last blog I admitted to giving bags and bags of clothes away to donation, and how that felt for me. I still have enough clothes right now to fit in one bag. My only bag. I do think that I may need to take some more stuff to donation soon though as I have accumulated some other clothes that I bought on a whim. Silly me.

But I still just own my clothes and some accessories/necessities.

I have also changed locations since I wrote that last blog. It is much smaller than the metropolis of Toronto, which makes a difference. I think the one thing I miss the most is being able to shop at the fruit and vegetable markets on any day. But again, I may again move! So that will be another adventure for sure.

In saying that I still own no larger appliances (other than my Mac) and sewing machine. I don’t even have my own bed. I sleep on a air mattress or the couch. Seriously!! I know people would or might think that it’s strange or weird. Will I change that? I don’t know? Maybe I will or maybe I won’t. People would shake their heads and say, “why is a forty-eight year old woman living out of a bag and sleeping on a couch?” But I like it. And it doesn’t matter.

If there is one thing I have learned it’s that I need to satisfy only one person – me.

Yes – I am alone. I am solo. And I am taking it as a privilege to be who I am, go where I want, experience what I want to experience, stay or go as long as I feel I want to. I have no expectations, no one has expectations of me. Is it strange? When the journey of this life began, it was tough. Do I still find it is tough? Some days – yes definitely. But it’s all about how I choose to focus, where I choose to focus my attention on, you know? These last ten years I chose to learn about life in so many different forms and doing this expanded my thought process. I have so much to be thankful for.

I really don’t know what lies ahead for me? Will I ever own furniture, a home of my own, a life with another person? Who knows? All I know is that I am where I am because of the choices I made.

I really don’t believe that “things” make the person. No, no, no. I also do not believe that one person completes another person, such as the saying your better half. No, no, no. The idea that you are half a person because you are not married or you don’t have a significant other. That’s bullshit from my point of view. Society made people believe that. And I don’t follow that. It’s just like the belief that every person should go to college, go into a profession, buy a house, find a person to marry, have kids and live happily ever after. That’s the fairy tale. I did all that! Every single one.

Happiness is determined by each and every one of us! And no two are the same.

My version is not yours and yours is not the same as mine. Easy. Simple. Now don’t we wish families understood this! Lol. That was a joke. On a more serious note, we see people every day making their own meaningful changes. And the great thing about it is that they are doing it for themselves. They don’t care who likes it or not. They just want something different. Something out of the ordinary. Take the small house movement. People every year are selling what they have to live a lighter, smaller life. We are starting to see people change their minds about what’s really important in life and I just think that will continue to sweep across the nations as time moves forward. Two people who are helping that along are Josh and Ryan, the Minimalists. Check out their website by clicking the link. They have podcasts to listen to, a documentary to watch and it’s great what these two are accomplishing. 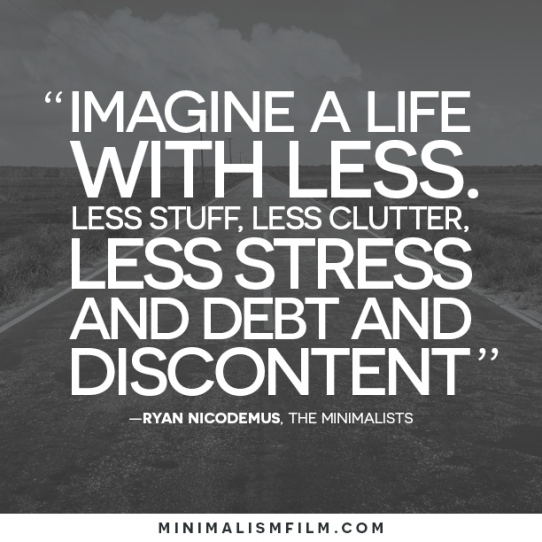 Documentaries was one way that I chose to go when I decided to gain new knowledge. You know I was tired of the mundane life, the day to day. I needed some new information because I felt like I was dying on the inside. At first I started with books but after watching documentaries, I found them a medium that I was comfortable with. I don’t know if it was because I studied television and film but I was hooked.

So for now, I am content. I am content with not owning a lot of stuff. And it doesn’t matter if anyone agrees with my lifestyle. What matter is how I feel. Do I wish it was different? If it were, it would be but it’s not. And that’s all I have to say about that. 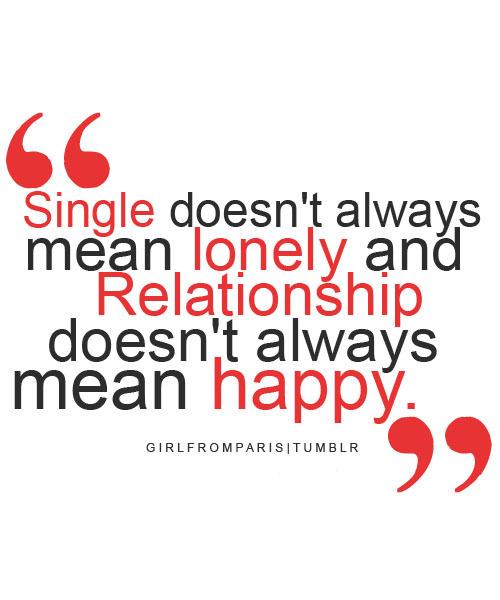 The norm is old. The fairy tale is one that is out of date. It is time we come up with new ideas, new thoughts, new living, and just chuck the old stuff out the window…but that’s just my opinion. Today we have gay pride in many metropolitan areas of the world. They are smashing old ideologies with same sex marriage being legalized in different parts of the world. Heck, even marijuana is being legalized in more states and parts of the world. Will it make it global? Who knows?

But if there’s one thing I know it’s that when we experience someone who is different from us…we respect them. We don’t have to like it. We don’t have to agree with it. All we need to do is respect it. Society needs this so much. We are dying to have it. Respect. And love and acceptance.

So, my journey continues……

I don’t know what the picture will look like or how the words will sound in six months? But whatever or however, I just want to be happy.

Regardless, if I own a bed or not…lol.